The importance of water for renewable diesel production

The wastewater from renewable diesel production is anywhere from 10 to 100 times stronger in organic contaminants than typical petroleum refinery wastewater. This is often expressed using terms such as Chemical Oxygen Demand (COD). Renewable diesel wastewater is typically lower in flow rate as well.

This wastewater requires a level of treatment intensity well beyond what is typically required at modern oil refineries.

In practical terms, the higher concentrations and lower flow rates suggest that a wastewater treatment plant serving a 500,000 barrel per day (bpd) oil refinery may only have the required treatment capacity for a 40,000 to 50,000 bpd renewable diesel refinery.

The reason for this? Wastewater from renewable diesel refining typically has very high fats and oil content, typically between 7,000 and 50,000 mg/L, and requires a different pre-treatment than typical oil refinery wastewater does. This limits the effectiveness of existing wastewater treatment units. Plant hydraulics, including piping and pumping, may also need to be altered to properly convey lower wastewater flow rates.

Renewable diesel is undergoing an industrial scale renaissance, and we’re helping to make it happen.

The energy transition has triggered massive demand for many forms of renewable energy. Renewable diesel is a specialized subset of a larger group of ‘biofuels’, or renewable fuels. 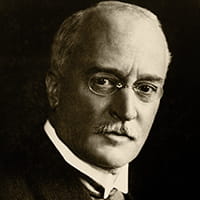 The inventor of the diesel engine, Rudolph Diesel, originally designed his new engine to use plant-based oils. This plant-based feedstock was soon overtaken by mineral petroleum (which literally means oil from rock). Now, over a century later, renewable diesel is again being refined and sold as a green fuel for diesel engines. Why? Among other attributes, renewable diesel combustion produces significantly lower greenhouse gas emissions compared to petroleum-derived fuels.

Biofuels are produced from a wide range of feedstocks such as vegetable oils from soybean, cottonseed, coconut, nuts, canola, and sunflower; used frying oil; algae; and even animal fats such as waste tallow. Refined forms of the primary biofuel products include biodiesel and renewable diesel.

To produce diesel/biodiesel fuel blend (ASTM D6751 B100 fuel), feedstocks undergo a process called transesterification which converts natural fatty acids or triglycerides into mono-alkyl esters and glycerin. Typically, around 100 kg of fatty feedstock plus around 10 kg of alcohol produces 100 kg of biodiesel product that can be blended with fossil diesel.

Biodiesel is typically sold as a blend with fossil-derived fuel, often at around 20 percent biodiesel to 80 percent fossil-fuel diesel.

The glycerin by-product from biofuel processing is a valuable input for numerous chemical products, including soap, pharmaceuticals, and explosives. However, 100 percent of this glycerin by-product isn’t always recovered. A percentage of this by-product will remain. When mixed with other organic residues, this results in wastewater that is high in COD.

Renewable diesel is produced by hydrotreating a renewable feedstock, using hydrogen, which can be produced using renewable electricity, further improving low-carbon credentials. This process yields a fuel product chemically identical to fossil-fuel-derived diesel. When manufactured in compliance with ASTM D975 fuel standards, renewable diesel is a sustainable, clean-burning fuel that can be used in existing diesel engines without modification.

Renewable diesel has enormous potential as a transport fuel and potentially also as a renewable hydrocarbon feedstock for some parts of the petrochemicals industry.

As the energy transition progresses, we predict significant growth in renewable diesel production and processing. Consequently, the refinery wastewater plants will be much larger. New treatment approaches will also be needed. This is a challenge for refinery owners planning to establish or expand renewable diesel processing, but it’s also an opportunity to expand to other renewable fuels.

As shown in the table above, even a relatively modest, 50,000 bpd renewable diesel refinery may require the processing of as many contaminant loads (COD) as a much larger mineral oil facility. This is important to note as it could mean the refinery needs a completely new wastewater facility, not just a minor upgrade.

Even though renewable diesel wastewater may be stronger than traditional oil refinery wastewater, it is also biodegradable. Using a biological treatment method such as anaerobic digestion allows us to extract even more value from this renewable product. Anaerobic digesters can be used to treat this wastewater while also producing a valuable renewable fuel by-product – Renewable Natural Gas (RNG).

Many renewable diesel feedstocks are converted into a product chemically similar to mineral diesel fuel using hydrogen treatment. The hydrogen required for this treatment can be produced in several ways. However, if the aim is to produce truly low-carbon renewable diesel, green hydrogen produced using renewable energy is required.

Green hydrogen can be made from RNG, or by electrolysis of water using renewable electricity. And we know the water quality requirements for electrolytic hydrogen are particularly stringent. Both pathways require highly pure water and this new high-purity water demand often significantly exceeds the capability of most existing refinery boiler feedwater systems. This will result in a growing need for a new dedicated water supply and demineralization facility.

An example of a renewable diesel production sequence for wastewater treatment and RNG production is shown below. In this example, green hydrogen is included in the refining sequence, potentially requiring demineralized water for hydrogen production.

Although anaerobic digesters have been used to treat wastewater for over a century, they have rarely been used in oil refineries. And, they have not always been optimized for RNG production.

Our team of wastewater engineers has decades of experience designing and operating anaerobic processing and biogas production systems. The optimum design emerging is a hybrid of several similar processes from other industries where these technologies are widely used, typically following a sequence like the following:

In addition to anaerobic treatment methods, we’re experienced in many other techniques for managing renewable diesel wastewaters, including:

In our many years of experience, we’ve learned how to manage and predict the performance of each of these operations to optimize the value of a wastewater treatment facility.

The booming demand for renewable diesel is spurring rapid development in this field, however, some principles remain unchanged. Notably, for most facilities, wastewater treatment is a regulatory requirement and a cost rather than a profit-making activity. If wastewater treatment does not operate reliably and efficiently, then its costs can erode profitability from other parts of the business. With this in mind, reliability and efficiency are critical in all aspects of wastewater treatment, including odor control, solids handling, chemical demands, etc. These are foundational principles for our process technologists and plant designers.

Is water management core to your business?

Refinery owners planning to meet the demand for renewable diesel will need to consider substantial capital investments. Some components of the upgrades required may not be core to your business. Water and wastewater might be components you’d rather not worry about.

Our water sourcing and wastewater treatment solutions can be delivered using alternative commercial models, such as build-own-operate. Ask us about our alternative commercial models and learn how we can take this challenge off your hands. This will give you peace of mind that the water challenges are being handled and allow your team to focus on what’s actually core to your business.

Renewable diesel is a booming industry offering a bright future for refinery owners open to reconfiguring their operations. However, the increased water requirements pose a challenge. Solutions can be found through the integration or reuse of applicable unit processes within the existing refinery water and wastewater facilities. And in some cases, new systems will be required.

You can count on us for the quality engineering, construction, and operational support for which the Worley Group is renowned.

If you are facing water challenges on your renewable diesel project we’re here to help. Reach out to our global team at WET@advisian.com.

Understanding water-related risks and opportunities allows you to implement better project approaches. Stay tuned as we take a deeper dive into water usage considerations across the energy transition.

Subscribe to receive the next article in this series

Water in the energy transition series

Why water is critical to the energy transition

The importance of water to the hydrogen industry

Pumped storage hydropower is critical for the energy transition

The essential role of water for Renewable Natural Gas